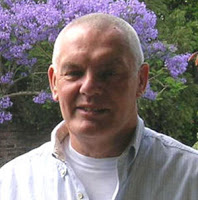 Two 17 year-old girls and an 18 year-old man have been arrested by London’s Metropolitan Police in the Trafalgar Square gay bashing murder of 62 year-old Ian Baynham.

According to a Metropolitan Police spokesman, the girls were arrested at their homes in south-east London, as was the 18-year-old male. They are being held at separate police stations and will be questioned. Baynham was out celebrating a new job with a friend when the attack happened. The teenagers had reportedly been shouting obscenities at passerbys when he confronted them over their behaviour. They allegedly screaming homophobic abuse at him before they kicked him to death. Detective chief inspector Clive Heys told the Evening Standard yesterday that Baynham, of Beckenham, Kent, had recently won a job at the UK Border Agency after a long period out of work. He had also qualified as a counsellor for AIDS sufferers. He added: “I don’t criticise Mr Baynham in any way for his actions. If you are 62 years of age and minding your own business when somebody hurls abuse at you, I think you are entitled to remonstrate with them. It is horrendous that this can happen in Trafalgar Square on a Friday night. It would appear to be completely random.”

Police say Baynham’s friend had managed to temporarily detain one of the girls, but she escaped when passersby mistakenly intervened.