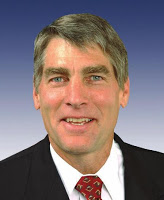 AmericaBlog has a copy of a letter to President Obama from Sen. Mark Udall (D-CO), demanding a plan with repeal DADT within 30 days. John Aravosis:

President Obama has been claiming (incorrectly) for a while now that his hands are tied on Don’t Ask Don’t Tell until Congress takes action. Congress is now taking action and asking the White House for their help. The White House now has 30 days to make good on their promises. Otherwise, come November 14th or so, we’re going to have another brouhaha in the gay community over why the President went to the HRC dinner and made a promise on DADT that he didn’t intend to keep. Hopefully, the President will provide Senator Udall with the information he is requesting, so we can all move ahead on implementing the President’s promise to get DADT repealed.