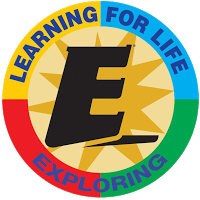 The Los Angeles Police Department wants to end its relationship with the group that runs its youth Explorer program because its Boy Scouts parent organization denies access to gays.

The organization, Learning for Life, was spun off from Boy Scouts of America. A department official told the Police Commission Tuesday that the Boy Scouts policy is “inconsistent” with the city’s policy of non-discrimination. He suggested that the department manages the Explorer program itself. Learning for Life officials say the organization does not discriminate and does not take funds from the Boy Scouts.