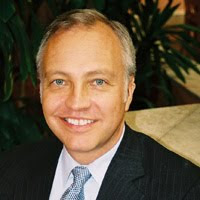 “All of the focus on television ads, both in Maine and California, misses a huge point, namely, that advertising rarely moves more than a tiny fraction of people to change their minds on any candidate, subject or product that people feel they know well. And if there’s one issue that everyone thinks they know about, it’s marriage. Yet, somehow, people expect one or two ads to be the magic bullets that make broad swaths of people on either side of the issue jump up and say, “Damn it! I’ve been wrong about marriage and gay people all along!” Please.

“That’s precisely why, when it comes to marriage, ads cannot do it – they must be matched with face-to-face conversations with voters. That ultimately was our downfall in California – our side just didn’t have the capacity to do this because the scale was too large and our infrastructure too small. In Maine, the scale is more manageable: 275,000 votes to win as compared to over 5.5 million in California.

“That is exactly what No on 1 campaign is doing, under the leadership of Jesse Connolly, one of only a tiny handful of people that have ever defeated an anti-gay statewide ballot initiative. They are mounting the most aggressive and at-scale field effort our side has ever put together. They are focused on turning our side out to vote, not satisfying armchair quarterbacks. We have a real shot to win in Maine. Let’s let our folks do their jobs. ” – Former National Gay & Lesbian Task Force executive director Matt Foreman, writing for the Bilerico Project.