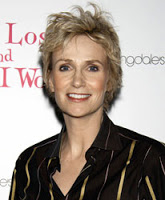 Stage and screen star Jane Lynch will appear at the first installment of Newsmakers at the Lesbian, Gay, Bisexual & Transgender Community Center (208 West 13th Street) on November 9 at 7pm. The conversation series celebrates important figures in the arts and politics.

-Angela Lansbury will be honored by the Drama League on Feb. 8th at a black tie event at the Pierre Hotel titled A Musical Celebration Of Broadway.

-Openly gay Broadway stars Nick Adams, Titus Burgess and B.D. Wong have joined the cast of A Very MARY Holiday, a Broadway Speaks OUT benefit for the Ali Forney Center to be held on November 30th. Tickets $25-$50.

-“The 21st Annual Gypsy of the Year Competition, the talent show that is the culmination of the fall fundraising effort of Broadway Cares/Equity Fights AIDS, will take place at the Palace Theatre on Broadway Dec. 7-8. The variety-show performances by New York City casts will be 4:30 PM Dec. 7 and 2 PM Dec. 8. Tickets range from $20-$350 and are on sale now.”

-Amazing! Bea Arthur left $300,000 to the Ali Forney Center, NYC’s shelter for homeless LGBT youth. AFC executive director Carl Siciliano says he wept when the check arrived via FedEx. “For months, I’ve been really sweating to make each payroll, and we’re usually a month or two behind on our rent, and there have been times when I was afraid that I wasn’t going to hold it together,” he said. “That kind of terror of [trying to] keep this thing going has come to an end for now with this extraordinary generosity.”