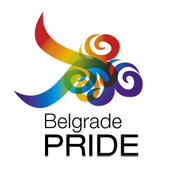 Serbia’s last gay Pride event was in 2001, when extremists attacked participants with stones and rioted around a student center where gays had taken refuge. Subsequent attempts to restage a parade failed. But this weekend, Belgrade will try again. Orthodox Bishop Amfilohije has already warned Serbians that the event will be a “parade of shame” adding that “gay and lesbian leads to death and suicide.” Skinheads and ultra-right groups promise a repeat of 2001.

Mladen Obradovic, from the ultranationalist group Obraz, told the Associated Press on Tuesday that “we will not allow this devious gathering to take place.” “We are waiting for them,” Obradovic said. Politika and Vecernje Novosti dailies reported that hundreds of extremists and soccer fans from Serbia and Serb areas in Bosnia are planning to attack the gay pride activists and police with Molotov cocktails and rocks. Police chief Ivica Dacic said police will secure the gathering and try to prevent the violence. He said the gay pride march is “the highest security-risk event in Serbia in a long while.” Amnesty International said authorities “must condemn publicly all attacks on and threats to human rights activists, and provide protection and support during the forthcoming Belgrade Pride,” the group said.

Thousands of riot police will be on hand to protect the marchers. Cross your fingers.