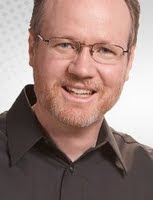 “The [Harvey Milk Day] bill — which will honor a sexual predator, a polygamous relationship advocate, and a public liar — and extend a homosexual, bisexual, transsexual agenda as a role model to children to aspire to is going to the governor after a short stop on the [California] Senate floor. It could mean gay-pride parades on campus, mock gay weddings, and cross-dressing exercises because these are all things that Harvey Milk believed in.” – Save California founder Randy Thomasson, talking to the American Family Association’s One News Now.