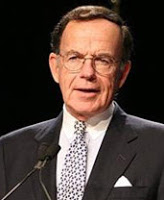 Paul Kirk, a longtime aide to Ted Kennedy, has been chosen by Massachusetts Gov. Deval Patrick to be Kennedy’s interim replacement in the U.S. Senate.

Kirk was a longtime senior aide to Kennedy and served as chairman of the national Democratic Party in the late 1980s. Patrick is to announce his selection for the Senate seat at 11 a.m. at the Statehouse in Boston. One of the two sources who told CNN that Patrick will name Kirk is close to the Kennedy family. Two Kennedy family associates told CNN on Wednesday that Kirk is the family’s favorite to fill his vacant Senate seat, and that the late senator’s sons have relayed this view to Patrick. One source said Kennedy’s widow, Vicki Kennedy, was among the family members supporting a Kirk appointment. The appointment would give Democrats a crucial 60th vote in the Senate as the chamber weighs President Obama’s health care proposal. Massachusetts lawmakers voted Wednesday to approve a measure giving Patrick the power to appoint an interim replacement for Kennedy until a new election can be held.

Kirk will have a short run – the special election primary to pick Kennedy’s full-time replacement is December 8th.