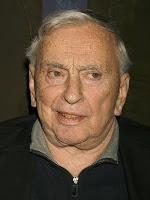 “We’ll have a military dictatorship fairly soon, on the basis that nobody else can hold everything together. Obama would have been better off focusing on educating the American people. His problem is being over-educated. He doesn’t realise how dim-witted and ignorant his audience is. Benjamin Franklin said that the system would fail because of the corruption of the people and that happened under Bush. Don’t ever make the mistake with people like me thinking we are looking for heroes. There aren’t any and if there were, they would be killed immediately. I’m never surprised by bad behaviour. I expect it.” – Gore Vidal, speaking lengthily with the Times UK.