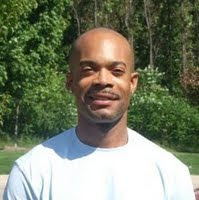 Last year we heard about Bradley Fowler, a Michigan gay man and ex-con who sued two Bible publishers for $70M for publishing versions that he claimed caused him “mental anguish and harm” because they substituted the word “homosexuals” in places where earlier translations did not. Both suits were dismissed due to statute of limitations restrictions between the publication dates and his lawsuit. Now Fowler is suing a third Bible publisher for $10M, with a similar complaint.

Bradley LaShawn Fowler of Canton, Mich., alleges William Tyndale Publishing manipulated Scripture when it published Tyndale’s New Living Translation Holy Bible and the New Life Application Study Bible by using the term “homosexuals” in a New Testament passage, 1 Corinthians 6:9. “One Bible dictates homosexuals will not inherit the Kingdom of God, while the other is completely void on the issue altogether,” Fowler wrote in a statement on his blog. Fowler filed a motion for entry of default and a motion of summary judgment in district court, but the judge denied his motions, saying Fowler presented no proof that he served the defendant properly. The judge ordered him to reissue the original summons and complaint to William Tyndale Publishing.

Fowler says he became obsessed with “Biblical mistranslations” while serving time in prison.