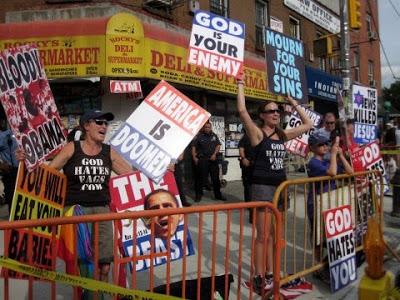 On the same day that the Westboro Baptist Church staged an anti-Semitic rally in Brooklyn, a federal appeals court overturned a $5M judgment against them won by the father of a soldier whose funeral they had picketed. The judge ruled that even “distasteful and repugnant” speech is protected by the First Amendment. Last June a lien was placed on Westboro’s properties for non-payment of the judgment, but none were ever seized. The original amount was $11M, but was reduced on the first appeal.