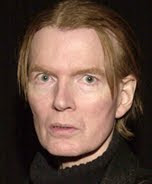 Best-selling author and early punk singer Jim Carroll died in NYC on Friday at the age of 60.

Carroll, who wrote ‘The Basketball Diaries’, died on Friday at his Manhattan home, his former wife Rosemary Carroll confirmed. A heroin addict at 13, Carroll documented his teenage years in ‘The Basketball Diaries’, which was originally published in 1978 and turned into a film starring Leonardo DiCaprio in 1995. As well as being revered as a writer, Carroll was embraced by the late 1970s New York punk scene, becoming a punk poet and starting his own band (The Jim Carroll Band) at the behest of Patti Smith.