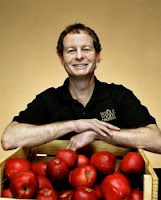 Whole Foods CEO John Mackey has raised the ire of many of his most loyal customers by penning an anti-health care reform editorial in yesterday’s Wall Street Journal, in which he lovingly quotes Margaret Thatcher and says that there is no “intrinsic right to health care.”

Health care is a service that we all need, but just like food and shelter it is best provided through voluntary and mutually beneficial market exchanges. A careful reading of both the Declaration of Independence and the Constitution will not reveal any intrinsic right to health care, food or shelter. That’s because there isn’t any. This “right” has never existed in America

Even in countries like Canada and the U.K., there is no intrinsic right to health care. Rather, citizens in these countries are told by government bureaucrats what health-care treatments they are eligible to receive and when they can receive them. All countries with socialized medicine ration health care by forcing their citizens to wait in lines to receive scarce treatments.

Customers are going apeshit on the Whole Foods website. One example:

John Mackey’s comments in the Wall Street Journal re: “Obamacare” (as he puts it) run completely contrary to Whole Foods’ purported “values” of caring about the community, nutrition, etc. It is an absolute slap in the face to the millions of progressive-minded consumers that HAVE MADE W.F. what it is today. You should know who butters your hearth-baked bread, John. Last time I checked it wasn’t the insurance industry or conservatives who made you a millionare a hundred times over. Suffice it to say we will be selling our Whole Foods stock asap and will only be shopping at our neighborhood W.F. for emergency items from now on, even though it is by far the most convenient store for us.

John Mackey is a right wing libertarian. He’s a union buster. He believes that corporations should not be criminally prosecuted for their crimes. He has just launched a campaign to defeat a single payer national health insurance system. And he’s the CEO of Whole Foods. Primo hangout of liberal Democratic yuppies. [snip] Single Payer Action is calling on all American citizens to boycott Whole Foods.

UPDATE: Whole Foods has deleted the entire above-linked customer forum, where many pages of complaints had been posted. JMG reader John reports that customers are now “going renegade” and posting their complaints in other areas of the site such as “new product requests.”

Previous Concerned Women For America: No Equal Rights For Queers (Or We’ll Shoot)
Next 80’s Flashback