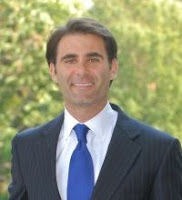 I’m a reporter. I meet with people and I talk to them. Then based on a review of all of the facts, I report closet cases that hurt the gay community. You may not like my style, but I have a track record of 100%. And for those reasons I am now able to confirm a rumor that has circulated in South Carolina for years. South Carolina Lt. Governor Andre Bauer is a closeted anti-gay politician who stands to replace Mark Sanford should Sanford resign or be impeached (a real possibility as Sanford is caught in his own sex scandal.)

Rumors have been swirling about Bauer for several months and have intensified since the Sanford scandal. In June, South Carolina Democratic congressional candidate Linda Ketner apologized after she outed Bauer, saying she thought she had been speaking off the record and had no direct knowledge of his gayness. As Mike Rogers notes in the quote above, he has a 100% track record in naming closeted gay politicians who are working against the rights of their own people.

Previous NOM Investigated By Iowa Ethics Board
Next Keith Olbermann Vs. Glenn Beck