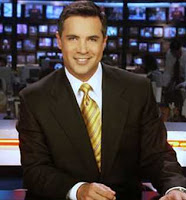 Miami ABC Anchor Charles Perez: I Was Demoted For Acting Too Gay Miami news anchor Charles Perez has filed a sexual orientation discrimination complaint against his ABC employers, claiming he was demoted for acting “too gay.” A personal email forwarded to Perez’ bosses by his former boyfriend may have started it all.

Perez, 46, claims station bosses demoted him to weekend anchor/reporter “because of their discomfort over the increasingly high profile of my sexual orientation,” reads the complaint. The filing summary details Perez’s quick descent at Channel 10, which began weeks after a March 3 performance review, when Perez says that WPLG News Director Bill Pohovey told him he was “too anchor-like and too `Brian Williams’ in my delivery.”

On March 16, a private e-mail from Perez written to a family therapist was forwarded to everyone in the reporter’s online address book. The e-mail said Perez told the therapist he needed to work through his “gender identity issues.” Three days later, Pohovey called Perez into his office for a “new” performance review, this time saying Perez came across “too soft,” didn’t sound “main anchor-like” and smiled too much with co-anchor Laurie Jennings. “Like girlfriends.” On April 3, Perez went to court seeking a restraining order against his former partner, Dennis Ricardo Peña, whom he accused of leaking the private e-mail. Later that month, Perez claims he “began to disappear” from station promotional spots. He lost the weeknight anchor seat July 22.

Previous Linda Harvey: JMG Is A Liar
Next Heather & Chelsea Edgett – The Proposition