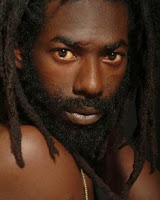 Buju Banton, the dancehall/reggae artist whose work has been characterized as “murder music” for lyrics that call for the brutal murders of gay men, is launching a national U.S. tour via American music label and concert promoter Live Nation. A sample of Banton’s lyrics:

Anytime Buju Banton comes, faggots get up and run. Boom (gun shot) bye bye (Goodbye, as in you’re dead), in a faggot’s head. Rude boy don’t promote any nasty (queer) man, They have to die…Send for the automatic and the Uzi instead. Shoot them, don’t come (to help them) if we shoot them…If a guy comes near me, then his skin must peel. Burn him up bad like an old tire wheel.

Banton’s 20-city tour includes San Francisco, Philadelphia, Los Angeles, and Chicago. Four of his tour dates are at House of Blues venues. Activists request your letters of complaint to that chain and Live Nation. Live Nation also represents Madonna, U2, Jay-Z and Shakira.