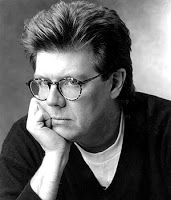 The king of teen comedies, director John Hughes, died today of a heart attack while taking a walk in Manhattan

The 59-year-old was taking a morning walk in New York when he went into cardiac arrest, according to Michelle Bega. He was in Manhattan visiting his family. Hughes was famous for his countless hit movies in the 1980s including “Sixteen Candles,” “Home Alone” and “Ferris Bueller’s Day Off.” His films made such young stars as Molly Ringwald, Demi Moore and Andrew McCarthy household names in the 80s, with fans dubbing the group of actors “The Brat Pack.” Hughes was born in 1950 in Michigan and began his career in the field of advertising. At the time of his death, he lived in Illinois and set many of his films in the Chicago area. He is survived by his wife of 39 years, Nancy, with whom he had two sons, John and James.

While I enjoyed Hughes films, for me the best part of his work was their soundtracks. But I will confess that my roommates and I could quote every single line of dialog from Sixteen Candles. I probably still can.