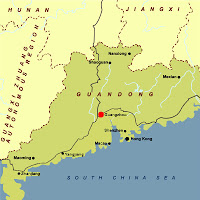 Last week over over 100 gay men in the Chinese city of Guangzhou protested attempts by police to push them out of a city park where they gather to socialize.

The protest was held Tuesday night in People’s Park, not far from the Guangzhou municipal government building, said Ah Qiang, a volunteer of a Guangzhou-based gay organization. “The park is open for everyone,” Ah said. “Why are we not allowed to stay here?” Sometime during the night, the protesters verbally clashed with police officers after park guards asked the large group to leave the premises. A video of the protest was later posted at tudou.com, resulting in strong debates among local citizens. “But, we eventually got the police to leave the park,” Ah said. The park, according to both the police and the organization, is a popular gathering spot for male homosexuals. About 100 gay people meet there each day, Ah said.

A police officer with the Guangwei subdistrict public security station, who declined to be identified, said the move to ask homosexuals to leave the park was a preventive measure because gay people are allegedly committing crime in the park. “An increasing number of local citizens have told us they have been harassed by gay people in the park,” the unnamed officer said. The officer also said homosexuals are committing minor crimes such as robbery and stealing. “We can hardly distinguish those who have harassed local citizens. That is why we have to push all of them out,” he said. Ah Qiang refuted the police officer’s claim and said that male homosexuals are the victims of crimes, not the perpetrators. Many gay people are robbed in the park, he said.

With a metro population estimated to be as high at 13.5M, Guangzhou is the third-largest city in China.