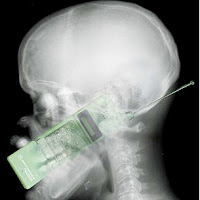 The long running controversy over whether cell phones cause brain tumors has been ratcheted up by a group of scientists who point to significant flaws in a recent study funded by…hello…cell phone providers.

This report, sent to government leaders and media today, details eleven design flaws of the 13-country, Telecom-funded Interphone study. The Interphone study, begun in 1999, was intended to determine the risks of brain tumors, but its full publication has been held up for years. Components of this study published to date reveal what the authors call a ‘systemic-skew’, greatly underestimating brain tumor risk. The design flaws include categorizing subjects who used portable phones (which emit the same microwave radiation as cellphones,) as ‘unexposed’; exclusion of many types of brain tumors; exclusion of people who had died, or were too ill to be interviewed, as a consequence of their brain tumor; and exclusion of children and young adults, who are more vulnerable. Lloyd Morgan, lead author and member of the Bioelectromagnetics Society says, “Exposure to cellphone radiation is the largest human health experiment ever undertaken, without informed consent, and has some 4 billion participants enrolled. Science has shown increased risk of brain tumors from use of cellphones, as well as increased risk of eye cancer, salivary gland tumors, testicular cancer, non-Hodgkin’s lymphoma and leukemia. The public must be informed.”

The scientists say that people who began using cell phones as teenagers have a 400% increased incidence of brain tumors, although the current digital models have a lessened risk. They recommend reducing your risk by using a wired headset, texting whenever possible, keeping the phone turned off until needed, and storing it away from your body. Using the phone inside buildings and moving vehicles increases power usage, presumably also increasing your risk.

Previous The “Marriage Minutemen” Of New Jersey
Next 76 Monkeys With Trombones Led The Big Parade, With 110 Wingnuts Close At Hand