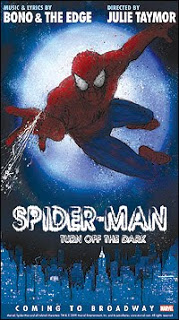 – Equity is looking into the case of the casting director who tweeted nasty comments during the auditions for The Gay Bride Of Frankenstein. Tony winner Marc Shaiman says he’s appalled. A second audition has been scheduled to make up for it.

– My pal Jim Brochu (right) brings his one-man show about Zero Mostel, Zero Hour, to Off-Broadway for a limited run at the St. Clement’s Theatre from November 14th – January 31st. The show will be directed by three-time Oscar nominee Piper Laurie and was cowritten by longtime JMG reader Steve Schalchlin, Brochu’s husband.

– Martin McDonaugh’s newest play, A Behanding In Spokane, is slated to open on Broadway in March. Chris Rock is in talks to headline. Previous American Bigots Take Their Anti-Gay Road Show To Amsterdam
Next No Hippies At My Town Hall!