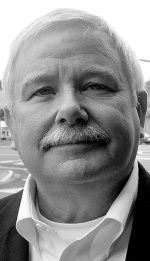 At the demand of right-wing Christiantists, a Washington judge has blocked the release of the names of the people who signed Referendum 71, a petition to repeal the state’s new domestic partners law.

A federal judge in Tacoma has temporarily blocked release of the names and addresses of those who signed Referendum 71, which would repeal a law giving gay couples new marriage-like benefits. U.S. District Judge Benjamin H. Settle this afternoon granted a temporary restraining order requested by Protect Washington Families to stop the Secretary of State’s Office from making the signers’ names public. The TRO will remain in place until a hearing set for Sept. 3.

Earlier this morning, the Secretary of State Office had said that while it has no statutory authority to withhold the names, it also did not plan to contest the effort to temporarily block their release. No one from the state attorney general’s office was present at this afternoon’s hearing. Judge Settle cited that absence in his written order, and also gave what appears to be a nod to the strength of the referendum backers’ case, writing that they “have sufficiently demonstrated a reasonable likelihood of success on the merits” of their First Amendment claim, and “a reasonable likelihood of irreparable harm if the names are released.”

Remember, the Ku Klux Klan wears hoods for a reason.