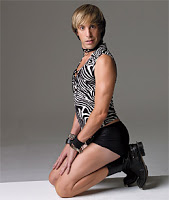 Calling the film a “one day wonder,” TIME critic Richard Corliss contends that insta-reviews on Twitter are responsible for huge drop-off in attendance for Bruno, which did much less business on Saturday than on its opening day, unlike its competitors. Corliss cites box office data:

Buoyed by the film’s robust $1.6 million at Thursday midnight screenings and impressive pre-buys of tickets on Fandango and other sites, a studio insider told industry blogger Nikki Finke on Friday morning, “If it holds up, we’ll do $50 million.” The Friday figures supported that optimism: Brüno amassed a sensational $14.4 million. But the movie plummeted nearly 40% its second day, to $8.8 million. Meanwhile, the next five movies on the chart — Ice Age 3, Transformers 2, Public Enemies, The Proposal and The Hangover — all saw substantial increases from Friday to Saturday. (Ice Age actually did better business than Brüno on Saturday.) Worse yet, Brüno‘s rating by CinemaScore, which polls moviegoers just after they’ve seen a film, was a C. That pretty much stands for Calamitous.

While this surely can’t be the first time a social networking site has affected a movie’s business, the growing impact of the “Twitter Effect” cannot be ignored. Like it or not.

Previous Ralph Reed: It’s Time For The Christian Coalition 2.0
Next It Was A Gay-Free Day For Sotomayor