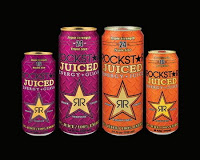 After threatening to sue gay blog site The Bilerico Project for publishing a story linking the company to the anti-gay rantings of its founder’s father, radio blowhard Michael Savage, Rockstar Energy Drink has issued a statement disavowing Savage and pledging $100K to LGBT causes.

ROCKSTAR Energy Drink CEO Russell Weiner announced today that the beverage company will expand its LGBT corporate policies and make $100,000 in donations, shared among several prominent LGBT organizations. The donations represent a significant contribution given ROCKSTAR’s relatively small staff of 120 employees. The contribution will be shared among the Gay and Lesbian Community Center of Southern Nevada, the Gay, Lesbian and Straight Education Network (GLSEN), and The Trevor Project, and ROCKSTAR Energy Drink will also financially sponsor the National LGBT Bloggers Initiative. The donations and affirmation of LGBT-friendly corporate policies mark steps by ROCKSTAR to demonstrate support for the LGBT community.

“It has recently come to ROCKSTAR’s attention that there might be a misconception about our company’s policy and my personal support for LGBT rights,” said Weiner. “We apologize for that misunderstanding, and want to make clear today that our company fully supports our LGBT employees and our LGBT customers. Some have erroneously associated our company with offensive language directed at LGBT people, specifically statements coming from Michael Savage, who is not and has never been a shareholder or officer of ROCKSTAR Energy Drink. On behalf of our company and directors, including myself and CFO Janet Weiner, I would like to take this opportunity to disavow any offensive statements directed toward LGBT people, including statements from Michael Savage. ROCKSTAR assures our customers and the general public that our brand will never be associated with any language that does not affirm the essential dignity of every person in our diverse national community.”

Read the complete statement on The Bilerico Project.