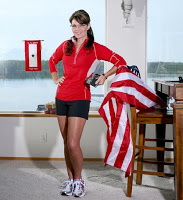 The savior of the GOP just keeps digging a deeper hole.

An independent investigator has found evidence that Gov. Sarah Palin may have violated ethics laws by trading on her position in seeking money for legal fees, in the latest legal distraction for the former vice presidential candidate as she prepares to leave office this week. The report obtained by The Associated Press says Palin is securing unwarranted benefits and receiving improper gifts through the Alaska Fund Trust, set up by supporters. An investigator for the state Personnel Board says in his July 14 report that there is probable cause to believe Palin used or attempted to use her official position for personal gain because she authorized the creation of the trust as the “official” legal defense fund.

Most of the previous ethics violations charges against Palin have been dismissed.