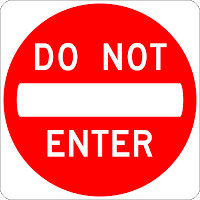 Olson/Boies To LGBT Orgs: Get Lost Two weeks ago I told you that Lambda Legal, the ACLU, and the National Center for Lesbian Rights had reversed course and decided that they did want to join in the Olson/Boies federal marriage lawsuit after all. But still smarting from the way LGBT organizations dissed their proposal, the foundation supporting the superstar lawyers says they’re not interested.

But the newly formed political group funding the case, the American Foundation for Equal Rights, is opposing the request. The foundation scored a public relations coup when it persuaded the high-profile lawyers who squared off over the disputed 2000 presidential election to take on the lawsuit. In a letter to the legal groups sent Wednesday, board president Chad Griffin, a Los Angeles-based political consultant, said the show of solidarity was coming too late since the same groups originally criticized a federal civil rights claim as premature. “You have unrelentingly and unequivocally acted to undermine this case even before it was filed. Considering this, it is inconceivable that you would zealously and effectively litigate this case if you were successful in intervening,” Griffin said. “Therefore, we will vigorously oppose any motion to intervene.”

UPDATE: Larry Kramer weighs in via email to the above-named LGBT orgs.

i implore your three organizations, lambda legal of los angeles, national center for lesbian rights, and aclu lgbt project, to not interfere with the olson/boies case. you will only botch up what they are trying to achieve. you have thus far not achieved it on your own and with your own tactics, so why are you trying to kybosh someone who has come along with fresh new energy, ideas, and clout? you are only behaving in the worst possible bitchy way, the way gay groups can fall victim to when their feelings are hurt. keep your noses out of it, will you please? i beg of you. you should be cheering these guys from the sidelines and showering them with gratitude for coming along and trying to help us in our hugely enfeebled position, brought on in great part by our inability to work together effectively ourselves. you are only perpetuating this useless behavior.