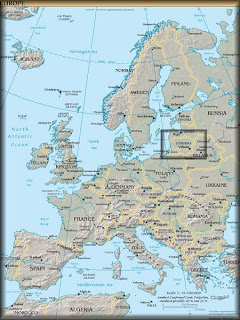 Lithuania’s parliament has passed a bill censoring information about homosexuality in media accessible by children, including television, movies, and the internet.

Vowing to defend family values in the predominantly Catholic nation, lawmakers overturned a presidential veto on the legislation, which bans publicly disseminating material deemed harmful to the mental health and “intellectual or moral development” of minors. The measure lists 19 examples of “detrimental” information, including material that “agitates for homosexual, bisexual, and polygamous relations,” instructions on how to make explosives and graphic depictions of violence or death. It also bars information that gives credence to paranormal phenomena, hypnosis or “promotes bad eating.” While critics said the text violated the freedom of speech and international standards of human rights, others said the vague wording would make it difficult to enforce. The text does not define “public information” in detail, though it makes references to TV programs, films, computer games and advertising as well as online and print media accessible by children. “This is absurd. I cannot even imagine how they will implement this law,” said Dainius Radzevicius, chairman of the Lithuanian Journalists Union.

The lawmaker that sponsored the censorship bill is also seeking a “total ban” on homosexuality, whatever that means. Lithuania’s action today continues a pattern of repression of LGBT people across the Baltic nations.

Previous Sotomayor: Roe Is Settled Law
Next Linda, You Homewrecker!