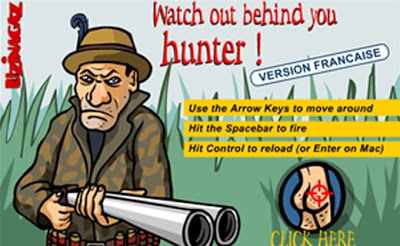 France has banned a video game in which the goal is to shoot naked homosexuals. The game is owned by a company based in Georgia (the country.)

A video game hosted by a Georgian website is causing outrage in the gay rights community. The idea of the online game – to shoot nudists, before they b**ger you, was created by a Frenchman. It’s banned in France… but not in Georgia. The game was initially picked up and slated by the Gay Caucasus blog, shortly followed by Gay Armenia. Global Voices quoted the latter as being “completely disgusted”, finding it particularly shocking that the concept was adopted by “those religious-minded people in Tbilisi, Georgia, who swear in the name of Georgian patriarchy and constantly cite Bible to ‘justify’ their homophobia and hatred. Is this their (un-)‘orthodox’ way of bringing up children by creating an image of an enemy (= gays) and teaching how to deal with it (= kill them)?”

The video company is claiming “freedom of speech.”