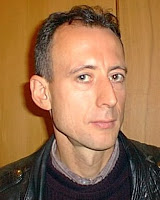 “While the film scores plenty of laughs by mercilessly exposing dim-witted homophobes, Bruno’s persona also embodies some really lazy, crude gay stereotypes. A sex-obsessed ‘cockaholic,’ he is a shallow bitchy queen who uses and abuses everyone around him. Not nice. On the plus side, ultra gay Bruno will make many bigoted straight people feel uncomfortable, which is a delicious prospect. But quite a few gay men watching this movie may also squirm with discomfort.

“Surely no cinema can be so influential that it sways public opinion for or against prejudice? After all, it is only a film. Moreover, it is a comedy and was never intended to be taken seriously. Fair point. But although it may not create homophobia, perhaps it can reinforce and inflame it? Go see Bruno. You decide.” – Noted British gay activist Peter Tatchell, speaking to Attitude Magazine.

Previous In Mid July
Next The Cheat-Team Hotline