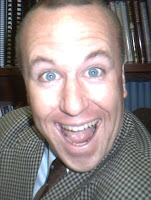 “The key thought here is the opposite of homosexuality isn’t heterosexuality. It’s holiness. There are people who are conflicted with their sexuality, involved with homosexuality, and there is a way out for those who want it. But it doesn’t say that they’re going into heterosexuality, because that’s not the point. The point is that people can leave whatever it is that God calls less than His best and move into something that is His best, becoming more like He is.

“For so long I’ve heard gay activists say to me, ‘You’re just in denial. You’re not grasping the reality of the situation. You’re just denying who you really are.’ The truth is, I am in denial, but it is self-denial. I’m not in denial of who I used to be. I’m not in denial of the temptations that I could still experience. I am denying the power that sin has over me.” – Exodus International president Alan Chambers, talking to Focus On The Family about his new book, Leaving Homosexuality.