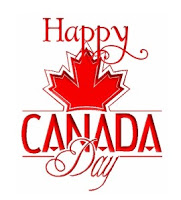 Happy Canada Day to our JMG readers in the north!

We thank you for your fabulous homosexuals like k.d. lang, Scott Thompson, Mark Tewksbury, and Ashley McIsaac. As for your hets, Ryan Reynolds almost makes up for Celine Dion. Almost.