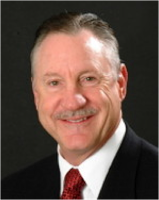 Fort Worth Mayor Mike Moncrief has issued an apology for the raid of the Rainbow Lounge.

About 250 people packed council chambers and another 150 watched on televisions in the hallway or overflow rooms as officials briefly discussed the June 28 joint raid by the Texas Alcohol Beverage Commission and the Fort Worth Police Department at the Rainbow Lounge, which left one man hospitalized with a serious head injury. Moncrief told the meeting neither the TABC nor police had finished investigations into the raid, which initially had been called a routine license inspection. But the mayor said he has asked the U.S. Attorney’s Office to review the department’s findings. Someone in the audience then called out for an apology. “If you want an apology from the mayor of Fort Worth: I am sorry about what happened in Fort Worth,” Moncrief said, as the crowd erupted in applause and stood. Seven members of a gay rights group were escorted out of the building earlier after demanding council members let them immediately comment on the raid.

Previous Ladies Of The View On Bruno
Next James Hartline, Again