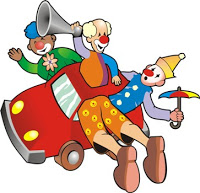 So in the latest bit of New York Senate fuckwittery, yesterday only the Senate Democrats were in the chamber, 31 of them, one short of a quorum, while the GOP caucus sulked elsewhere. Then GOP Sen. Frank Padavan cut through the room to get to the lounge where free soft drinks are available. “QUORUM!” shouted the Dems, and immediately passed 120 bills.