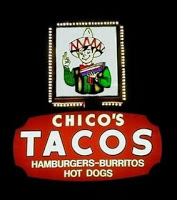 The El Paso city council has unanimously approved a resolution reaffirming the city’s dedication to “acceptance, tolerance, and diversity.”

The resolution was necessary after a confrontation between five gay men and security guards at a Chico’s Tacos restaurant June 29, City Council members said. Police were called, and an officer initially tried to charge the gay men with “homosexual conduct,” using an outdated law that had been struck down by the U.S. Supreme Court. “In 40 years, we’ll look back on this that this is the right thing to do,” said Eastridge/Mid-Valley Rep. Steve Ortega, who sponsored the resolution. “This is the civil-rights issue of our time.” City Manager Joyce Wilson told the council that the Police Department has made a commitment to provide more training to its officers so they can respond better to situations like the one at Chico’s. Ortega said it’s important for elected officials to respond to discrimination and to voice their support for accepting different people and lifestyles.

RELATED: In 1962 El Paso became the first city in the former Confederacy to ban racial discrimination.

Previous 2010 For Prop 8 Attempt? Yes! No!
Next Birthers On The Hill