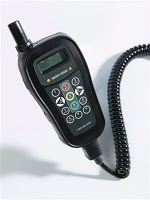 DUI Locks May Be Coming Soon The federal government is considering legislation that would make the installation of anti-DUI devices mandatory for the vehicles of anybody convicted of drunk driving. The driver must blow into the tube and register a legal level for the vehicle to start.

The current version of a federal transportation funding bill, which could be debated by Congress this fall, requires all 50 states to mandate the devices for anyone convicted of drunken driving or risk losing federal highway money. Today, 47 states and the District of Columbia have interlock ignition laws for at least some offenders. Alabama, South Dakota and Vermont have no such laws. They are installed in about 150,000 vehicles in the USA — a number that would approach 1 million if they were required for every convicted drunken driver. Proponents of broader use of interlock systems — including MADD, the Insurance Institute for Highway Safety and the Governors Highway Safety Association — say they would save an additional 4,000-8,000 lives a year.

A trade group representing bars and restaurants opposes the legislation.