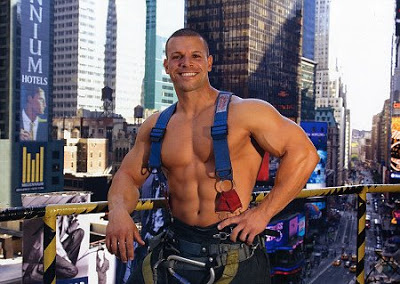 The 2010 Firefighters Of New York calendar is out.

Times Square was on fire Tuesday night as 13 smoking hot firefighters unveiled the 2010 calendar to benefit a city burn center. “They’re really hot!” gushed Allyson Shankmann, 23, of Queens. “I want to start a fire, I was thinking about lighting a match so they can come put it out. They’re so hot! I like January and March … and August.” Proceeds from the calendar go to the Staten Island University Hospital Burn Center. This year’s cover is Chad Stertefeldt, a 26-year-old Brooklyn firefighter.