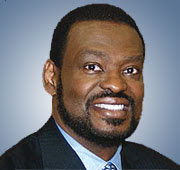 Lead by Bishop Harry Jackson, a coalition of black ministers based in the Washington DC area have filed a formal request for a citywide referendum to block the city from recognizing same-sex marriages from other jurisdictions.

In paperwork filed with the D.C. Board of Elections and Ethics, the group Stand 4 Marriage D.C. said it wants to begin the process of collecting about 21,000 signatures needed to overturn the bill that the D.C. Council overwhelmingly approved this month recognizing same-sex marriages performed elsewhere. That bill is tentatively scheduled to take effect in July. The referendum effort is a preemptive strike designed to slow plans by several council members to take up a separate bill this year to allow same-sex marriages to be performed in the District. “It’s a declaration of war,” said Bishop Harry Jackson, senior pastor of Hope Christian Church in Beltsville, a vocal critic of same-sex marriage and a leader of the referendum effort. “We are sending a clear message this is going to be fought every step of the way.”

Jackson’s church is actually located in Beltsville, Maryland. The Catholic Archdiocese of Washington is expected to join the campaign once it reviews the proposed referendum.