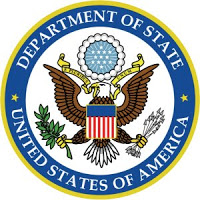 The U.S. State Department has issued a statement condemning the torture and murders of gay men in Iraq and has begun discussions on the issue with the Iraqi government in Baghdad.

“In general, we absolutely condemn acts of violence and human rights violations committed against individuals in Iraq because of their sexual orientation or gender identity,” State Department spokesman Ian Kelly said. “This is an issue that we’ve been following very closely since we have been made aware of these allegations, and we are aware of the allegations,” Kelly told reporters when asked about anti-gay violence in Iraq. “Our training for Iraqi security forces includes instruction on the proper observance of human rights,” Kelly said. “Human rights training is also a very important part of our and other international donors’ civilian capacity-building efforts in Iraq,” the spokesman said. “And the US embassy in Baghdad has raised, and will continue to raise, the issue with senior officials from the government of Iraq, and has urged them to respond appropriately to all credible reports of violence against gay and lesbian Iraqis,” Kelly said.

Dozens of gay Iraqi men and boys are believed to have been killed and tortured in recent months by Islamic militias. Protests from activists and bloggers in other nations have forced the U.S. government to take this action, slow it has been in coming. In April openly gay U.S. Rep. Jared Polis (D-CO) visited Iraq where he registered formal complaints with the U.S.-installed Iraqi regime.