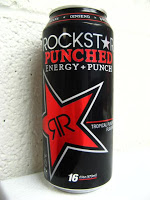 Rockstar Energy Drink, the company owned by the son of viciously anti-gay radio host Michael Savage, has threatened the operators of Bilerico.com with a lawsuit for a post made calling for a boycott of the company. The post contends that Savage benefits financially from the profits of his son’s company. Bilerico editor Bil Browning:

In April, guest blogger Michael Jones reported on Rockstar energy drink’s connections with well-known homophobic radio host Michael Savage (real name: Michael Weiner). About a week ago, Rockstar’s lawyers came calling and threatened legal action if we didn’t immediately remove the offending post for “factual inaccuracies.” The beverage company took issue with two sentences from our guest blogger’s post. It claims they are untrue and should cause the post to be removed from the archives. Rockstar threatened several other bloggers and Facebook users with legal action – including Michael for his crosspost on Change.org. The company’s legal team also contacted alternet.com, wiqaable.com, gaywired.com, gaysocialites.com, and So Cal Voice. Facebook closed the groups Rockstar complained about and, in some cases, deleted the user’s account entirely. Change.org and other bloggers have removed their posts to avoid litigation. Our Terms of Service gives us the copyright for the version of Michael’s post we published. We have offered Rockstar’s lawyers a correction to the post, but we’ve refused to remove it. The guest post is currently the most popular article on the site.

Rockstar contends that contrary to the Bilerico story, Michael Savage “only advised” his son on the creation of the company and is not its cofounder nor does he benefit from its profits. Bil Browning points out that Savage’s wife, however, IS the company’s only listed officer other than her son. Browning says his site will not remove the post despite the threat of a lawsuit. An anti-Rockstar group has been resurrected on Facebook here.

Previous Blame It On The Blackberry
Next Maine: Judge Jails Poz Woman For Protection Of Her Unborn Baby