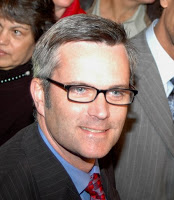 Openly gay Portland mayor Sam Adams has been cleared of charges that he had an affair with the then-underage Beau Breedlove.

After a six-month investigation, Oregon Attorney General John Kroger found no evidence that Portland Mayor Sam Adams broke the law by engaging in a relationship with Beau Breedlove. In a report released this morning, Kroger said Breedlove lacked credibility as a witness, and state investigators could find no other witness to corroborate his account of an underage relationship with Adams. State investigators interviewed 57 witnesses during the course of their inquiry. “Here, there are serious questions about the credibility of Breedlove’s account, due to his prior inconsistent statements, the lack of corroborating witnesses or evidence, his attempt to gain personally from matters related to his involvement with Adams and his prior criminal record,” the report states. “Accordingly, we have concluded there is insufficient evidence to charge, let alone convict, Adams with illegal sexual contact with a minor.”

Adams was also cleared of the charge that he hired a local reporter in order to keep her from exposing the affair.