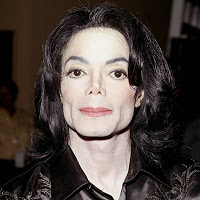 Jackson’s Kids Go To His Mother Michael Jackson’s three children have been placed in the custody of his mother, Katherine Jackson.

Michael Jackson’s three children asked to see their father’s body in the UCLA emergency room after they were told he was dead, according to the lawyer for Jackson’s personal doctor. “My understanding is that they did” see the body, attorney Ed Chernoff said. On Monday, the children, ages 7, 11 and 12, were placed under the temporary guardianship of their paternal grandmother, Katherine Jackson, by a Los Angeles judge. The biological mother of Jackson’s two oldest children, Debbie Rowe, will be invited to a hearing next Monday in which the judge will consider who should have custody of them. She has, so far, not publicly indicated whether she will challenge the Jacksons for custody.

Jackson died with massive debts owed, but it’s thought that his assets outweigh them by at least $200M, money that a 2002 will directs to his children, his mother, and several charities.