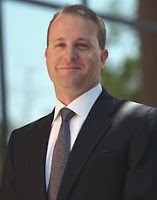 “I’m a Democrat and a proud Democrat. Our party’s not perfect but certainly I will help the Democrats however I can. I did an event for Democrats for education reform Monday and if you figure our party has a ways to go on LGBT equality, we have even further to go on education reform where President Obama has been a great leader, but those are battles we fight every day. [snip]

“What a lot of the community is frustrated about — and I share this frustration — is the brief that defended [the Defense of Marriage Act]. President Obama ran on a platform of repealing DOMA in its entirety and certainly we can take him at his word on that. But filing a brief to defend it and using some of the citations that they did was rightfully offensive to our community and that’s why many donors have chosen to withhold their donations until they feel more comfortable with the Democratic Party.” – Openly gay Rep. Jared Polis (D-CO), who says he will attend tomorrow’s LGBT DNC fundraiser, but says that it’s “reasonable” for gays to donate to activist groups rather than the Democratic Party.

(Via Kerry Eleveld @ The Advocate)