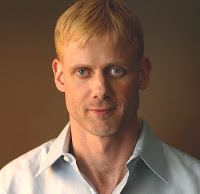 “Don’t say I didn’t warn you. HRC and the Democrats have been promising (with no plan to deliver) passage of a hate crime law and Employment Non-Discrimination Act for more than a decade, including before the 2006 election, and yet we are still expected to be satisfied by these same civil rights crumbs for the entire first year that Democrats are firmly in control of Washington.

“In some ways, delay is somewhat more justifiable on DADT than other gay rights measures, given the implementation steps to be taken in the midst of two foreign wars. But make no mistake: if DADT waits until 2010, then relationship recognition — whether repeal of DOMA or a federal civil unions law — won’t get touched until after the midterm elections, if then.