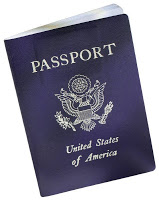 Gay & Lesbian Advocates and Defenders have won their first DOMA-related suit, in which a married gay person will be allowed to list his or her changed name on their U.S. passport.

GLAD filed its lawsuit, Gill v. Office of Personnel Management, in March to challenge section 3 of DOMA on behalf of six married same-sex couples and three men whose same-sex spouses have died. Section 3 of the law concerns federal recognition of same-sex marriages. In addition to the passport issue, other plaintiffs’ claims in the lawsuit involve taxation, Social Security and federal employees’ benefits. The passport complaint involved Keith Toney, who was able to change his last name from Fitzpatrick on his Massachusetts driver’s license after he married Al Toney III in 2004. However, the federal government denied his request to change his name on his passport, citing DOMA, which resulted in a frustrating discrepancy in his legal identification. According to a letter sent to GLAD by the Department of Justice, the State Department will now issue passports to married same-sex couples based on the name on their marriage certificates, provided the state issuing the certificate recognizes the name change in law.