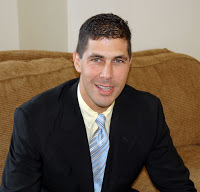 Today GLAAD announced that they have selected a replacement for outgoing president Neal Giuliano.

The Gay & Lesbian Alliance Against Defamation (GLAAD) and GLAAD’s National Board of Directors today announced that Jarrett T. Barrios, a former State Senator from Massachusetts who now heads a leading health care foundation, will serve as GLAAD’s new President. GLAAD works to achieve full equality for lesbian, gay, bisexual and transgender (LGBT) Americans through media advocacy and anti-LGBT defamation work. “We’re making progress toward equality, but we’ll only achieve full equality if we change hearts and minds – and that’s what GLAAD is all about,” said Barrios. “We’re working for the day when every one of us is accepted, respected and valued for the contributions we make to this country. It’s an ambitious goal, but I know we can do it. I believe in our community, and I believe in our country.”

At 40 years of age, Barrios will become the youngest leader of GLAAD and, as a Cuban-American, he will be the first head of a national LGBT organization fluent in English and Spanish. He was the first openly gay person and the first Latino elected to the Massachusetts State Senate, where he represented a largely white, Catholic, working-class district. He is an accomplished fundraiser and manager who broke fundraising records in his election campaigns and managed a multi-million dollar budget at the Blue Cross/Blue Shield Foundation of Massachusetts. He is married to Doug Hattaway, his partner of 16 years, and they are raising two teenage sons.

Previous Folsom Street East Update
Next All The Classy Ladies, Put Your Hands Up