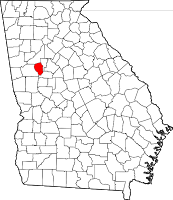 The Georgia Supreme Court has rejected a lower court’s ruling that the children of a divorcing couple could not have any contact with the (now openly gay) father’s friends.

The ruling was hailed by gay rights groups who said the decision focuses on the needs of children instead of perpetuating a stigma on the basis of sexual orientation. The state high court’s decision overturned Fayette County Superior Court Judge Christopher Edwards’ blanket prohibition against exposing the children to their father’s gay partners and friends. “Such an arbitrary classification based on sexual orientation flies in the face of our public policy that encourages divorced parents to participate in the raising of their children,” Justice Robert Benham wrote. The Fayette County judge’s prohibition “assumes, without evidentiary support, that the children will suffer harm from any such contact,” Benham wrote. But there is no evidence that any member of the gay and lesbian community has engaged in inappropriate conduct in the presence of the children or that the children would be adversely affected by being exposed to members of that community, he said.

The couple had been married for 21 years and had four children.