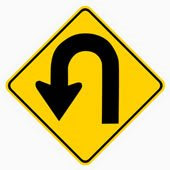 Earlier this month, a powerful coalition of LGBT and progressive groups issued a joint statement in opposition to the federal marriage lawsuit being brought by superstar lawyers Ted Olson and David Boies. Yesterday the American Foundation for Equal Rights (AFER) announced that the ACLU, Lambda Legal, and the National Center for Lesbian Rights had reversed course and filed an amicus brief in support of their suit. Law Dork breaks it down:

This is very big news. The initial response, across the board, was that the Olson/Boies suit was a poorly planned, hastily arranged lawsuit by people outside of the “gay establishment” — including the smart and successful lawsuits brought repeatedly by the Gay & Lesbian Advocates & Defenders (GLAD). The groups, which included all of these groups, the major political LGBT groups and Evan Wolfson’s Freedom to Marry, wrote:

The groups released a new publication, “Why the ballot box and not the courts should be the next step on marriage in California.” This publication discourages people from bringing premature lawsuits based on the federal Constitution because, without more groundwork, the U.S. Supreme Court likely is not yet ready to rule that same-sex couples cannot be barred from marriage.

The question here, according to Law Dork, is whether the groups joining the suit have had a real change of mind or if they merely think the suit is unstoppable, so they may as well join in.

Previous Despite Protests, DNC’s LGBT Fundraiser Yields Record $1M
Next Cooper: I Was At Studio 54 With Michael Jackson When I Was 10 Years Old