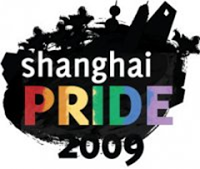 What organizers bill as “Shanghai’s first ever PRIDE festival to celebrate Shanghai’s diverse and quickly growing LGBTQI community” starts this weekend (Sunday June 7). It includes a busy week of activities through Sunday June 14, culminating with an all-day-all-night festival on Saturday, June 13. Although the semi-independent city of Hong Kong had a low-key pride march earlier this year, Shanghai’s Pride week is the first such event in mainland China. ShanghaiPRIDE spokesperson Hannah Miller said, “Shanghai is undoubtedly China’s most liberal and progressive city and it is the logical choice to host Mainland China’s first gay pride festival. It speaks volumes for China’s advancement that such an event can now be organized – it shows that China is becoming a modern, tolerant and forward-thinking nation.” Panel discussions, literary readings, and film screenings fill the schedule for the next week.

A schedule of Shanghai’s very Western-type pride events can be found here. I’ll get photos and video as soon as they become available.