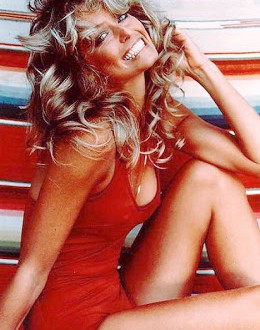 Fawcett first stepped into the spotlight playing Jill Munroe in the TV series “Charlie’s Angels” in the 1970s. The series became a smash hit and Fawcett quickly became an iconic pin-up model for millions of men. She pioneered a feathered hairstyle dubbed the “Farrah Do” or “Farrah Hair” that remained in vogue throughout the decade. She later went on to earn one of three career Emmy Award nominations for her role as a battered wife in the acclaimed television movie “The Burning Bed.” Fawcett stirred controversy when she posed nude in the December 1995 issue of Playboy, but buzz about the actress baring all only served to make the magazine fly off newsstands — the issue was Playboy’s most successful of the 1990s, with over 4 million copies sold worldwide.