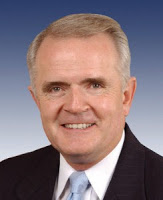 One day after the Nevada Senate overrode Gov. Jim Gibbons’ veto of their domestic partners bill, the state Assembly did the same. The deadline to pass the legislation was today, Monday June 1st, and both chambers of the state legislature worked through the weekend to achieve this major win for LGBT Nevadans.

In what supporters are calling a historic moment, the Assembly on Sunday night overrode the veto of Gov. Jim Gibbons on a bill giving legal rights to domestic partners. Tod Story, a member of the board of the Gay and Lesbian Community Center of Southern Nevada, said “Nevadans can stand proud.” Story said Nevada has become the 17th state to recognize the relationships of gay and lesbian couples under state law. The law takes effect Oct. 1. The vote Sunday night was 28-14, the bare minimum needed to overturn the decision of the governor. It follows the 14-7 vote in the Senate Saturday and puts the bill into law.

Activists partially credit the support of the Las Vegas gaming industry, whose leaders published public letters backing their LGBT employees and who warned against losing valuable gay tourism at a critical time for the state.