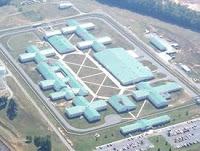 Until an investigation by reporters, a women’s prison in Virginia had been segregating inmates perceived to be masculine in order to break up butch/femme relationships and curb sexual activity.

Two current guards and one of their former co-workers said targeting masculine-looking inmates was a deliberate strategy by a building manager. Numerous inmates said in letters and interviews that they felt humiliated and stigmatized when guards took them to the separate wing — also referred to by prisoners and guards as the “little boys wing,” “locker room wing” or “studs wing.” “I deserved to go for my crime and I did my time there,” said Summer Triolo, who spent nearly six years at Fluvanna for theft before being released in February 2008. “But my punishment was by the judge to do time in prison away from my family and home. That was my punishment, not all the extra stuff.”

Some straight women were among those thought to be too butch to mix with the general population.